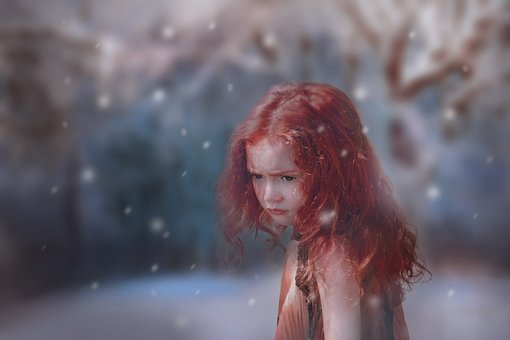 I stood by the small child with the beautiful blue eyes while we waited for the police to arrive.

I placed my coat around her shivering body.

The only thing she had with her was the torn check with an address on it.

She stood silently and did not answer when I asked her to tell me her name.

I pondered  why this small child was alone in the dark by herself.

When the police arrived they requested I go with them to the police station.  They questioned me after a police woman took the child into another room. I had no information to give them, only the fact that I found her alone standing next to the building.

I saw Kevin, a detective I knew who was working that night and spoke with him briefly.

A few days later Kevin told me the police found the child’s mother on the floor of her apartment.  Someone had severely beaten her.

The child’s aunt was given custody of her until the child’s mother could be released from the hospital.

A few weeks passed when Kevin told me the child’s mother wanted to meet me personally so she could thank me for helping her daughter.

Chapter 3 to be posted next week.